I love coming home, and here's why: not only do I get to sleep in my own bed and play with my dog, but I usually don't have a ton of work to do and so I actually get a chance to spend some time with my parents. If you've ever spent any extended amount of time with my parents, you know that they are hysterical. I mean, my father's Celine Dion impression is enough to send even the most serious person over the edge.

This trip home has been no different, and today I received a language lesson from my mother and her best-friend. Some of the terms were to amazing to keep to myself, so here you go:

False Alarm: As in the phrase "She's a false alarm." Coined by Grandma Helen, it is used to describe someone who is all flash but no follow through. Examples are too abundant to choose just one, but believe me, when you see a False Alarm, you'll know it. They usually are wearing tootsie shoes, so says my mother.

Check-Out: Used to describe the end of anything--parties, projects, school years-- when all that stuff you didn't deal with initially comes back to bite you in the ass. Try using it in a sentence like this, "I was working on a show, and opening night was check-out crazy."

Tight Shoes: Grandpa Irv, my darling 95 year-old not-grandpa coined this phrase, which is used to describe someone who is admitting something begrudgingly. For example, you call a friend to chat and they immediately launch into a 45 minute explanation about why they haven't called you in a month and a half. As they explain their pathetic selves, you can say it's "like they've got tight shoes"--they've felt the pinch of guilt and now they just can't help but fall all over themselves trying to make it better.

Too Many Dollies: As in the phrase, "That party had so much stuff going on. There were just too many dollies." A phrase I didn't realize was specific to my family until I used it in conversation and was met with confused head tilts/eye squints, it literally comes from a time when Yaya (the Greek, perpetually 100-year-old grandmother of my mother's cousin) went to someone's house in Boston who had a room full of dolls. After an afternoon of showing Yaya the house, entertaining and feeding her, Yaya's only comment was that the house had "too many dollies, honey."

Shawshanking: Not mentioned today at lunch, but one of my favorites from my father and a necessary share. Used to describe a situation where you badger a person/an establishment relentlessly until you get your way, a la Tim Robbins in the Shawshank Redemption. Try using it sometime, both in a sentence and as a persuasive tactic. My father has been shawshanking the gym he goes to for months about locker room etiquette, and though he presently has nothing to show for it, he hasn't given up hope. You go, Dad.

These are all the ones I can remember, but trust me, there are literally hundreds, nay thousands of phrases that my mom and dad use. Living in my house is a lot like living in a Seinfeld episode, just ask me about the cast of characters at my parent's gym. I'm serious, there's a guy they call "The Swordsman" because of the exercises he does down the hallway sans sword. 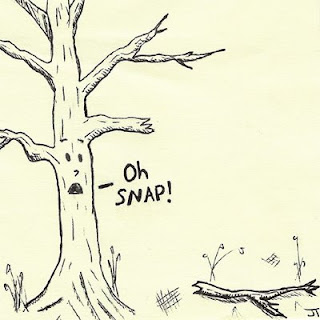